This morning the President of Hopkinton Youth Soccer contacted HYSA and organizations in other local towns regarding an incident that took place yesterday at one of their fields.  She said “a U10 player was heading to use the portable restrooms at the far end of our facility and was approached by a suspicious man.  There have been numerous other reports of a similar event in other neighboring towns, so I wanted to pass it along to you.  This took place in the midst of many team practices, with a lot of people around.”   I am happy to report the child ran away and alerted an adult.

Pasted below is a press release from the Hopkinton Police Department with more information and a few suggestions. 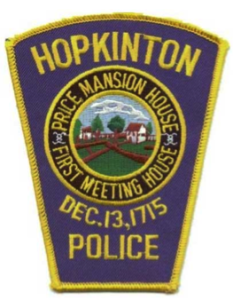 The Hopkinton Police Department is actively investigating a suspicious incident involving a child who was approached by an older man. The child was attending a soccer game at the Fruit Street field when she was approached by a man driving a darker grey vehicle, possibly a Honda Accord. The man asked if the girl knew where a local restaurant was. The girl immediately ran away and told a coach.

At 6:40pm dispatch received a call from the Vice President of the Hopkinton Youth Soccer reporting the suspicious incident. Units responded and searched the area. Detective DeBoer and Chief Lee responded as well. A search of the area and the local restaurants was conducted however the vehicle was not located. The suspect has been described as a white male in his 50’s, thin build, with grey hair and wearing sunglasses.

The Hopkinton Police Department asks that parents, neighbors, merchants and all members of the community be vigilant in keeping our children safe. If anything seems suspicious or out of the ordinary call 911 immediately. Our best chance at preventing and solving crime lies in our community partnerships. If you have any information that can assist the Hopkinton Police in this matter please contact Detective Gregg DeBoer at (508) 497-3401 ext. 1279 or our Crime Tip Line at (508) 497-9785.